Arnold’s Unimog for sale again – The truck of the Terminator

A Mercedes-Benz Unimog for memorabilia. Not easy to deposit and quite expensive as it comes with the celebrity factor. The 1977 truck belonged to Arnold Schwartzenegger and now it’s auctioned on eBay, starting at $350,980. In cash!

The price includes original photos of Arnold leaning against the Unimog, a rearview camera system and a ventilated roof. Texas Direct Auto is the seller this time, a dealership that bought the vehicle directly from the former Governor of California last year. To make sure everyone believes its background, they asked Arnold to sign his name on the dashboard. The next buyer will surely have a good reason to show off! 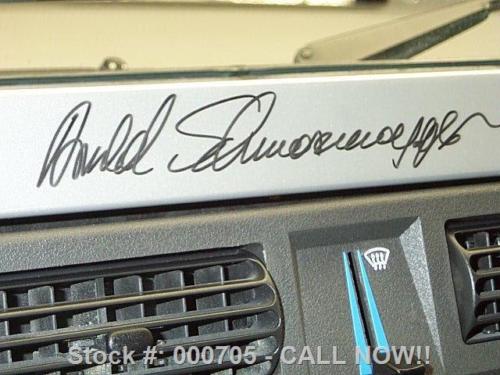 The truck, even though it has reached a respectable age, hasn’t run for long. With only 1,865 miles on the odometer, this “Grandpa” is as good as new.

“Arnold has long shown an appreciation for vehicles as macho as the action heroes he has portrayed during his silver-screen days”, is the description below the pictures posted on eBay.