Brabus is the largest independent automotive tuner in the world, recognized by the Federal Motor Transport Authority in Germany as a vehicle manufacturer. Co-founder Bodo Buschmann passed away in April – but even that will not stop the adrenaline story go on. We look back at 40 years of company history.

With tuning many connect only spoilers and huge rear wings. At the beginning, especially because of the focus on vehicles of smaller classes, the technical optimization and the speeding up were in the foreground. The smaller Brabus has largely outgrown, with a few exceptions. But cars are still being upgraded in the factories of the world’s largest automobile tuner. 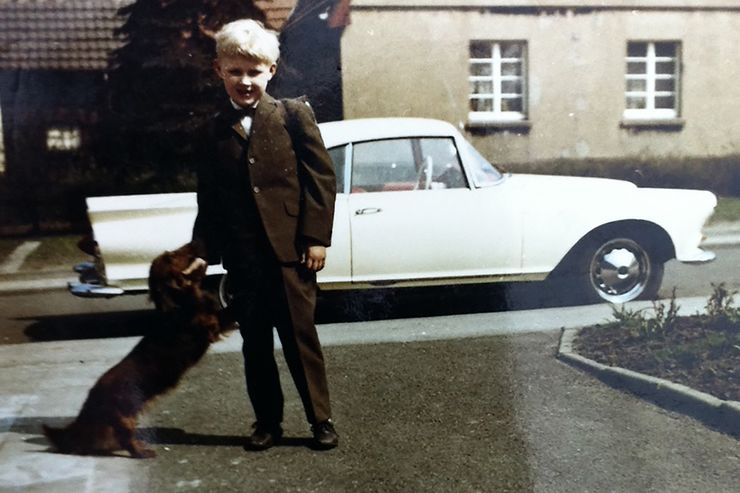 One reason for the continued success of Brabus is the commitment to “higher, further, faster”. The Bottroper company can claim numerous entries in the Guinness Book of Records. Whether the fastest SUV, the fastest station wagon, the fastest four-door coupe or the fastest and most exclusive ultra-luxury sedan in the world – Bodo Buschmann and his team have always been looking for the extreme. Here, the next generation is expected to continue. Constantin Buschmann, who was previously responsible for marketing and sales as CMO in the management, will take over all of his father’s duties as CEO of the Brabus Group. He will also attach great importance to the balancing act between extreme performance data and the longevity also demanded by the customer. So far, the following applies: Vehicles modified by Brabus are still fully functional in road traffic even after many years. 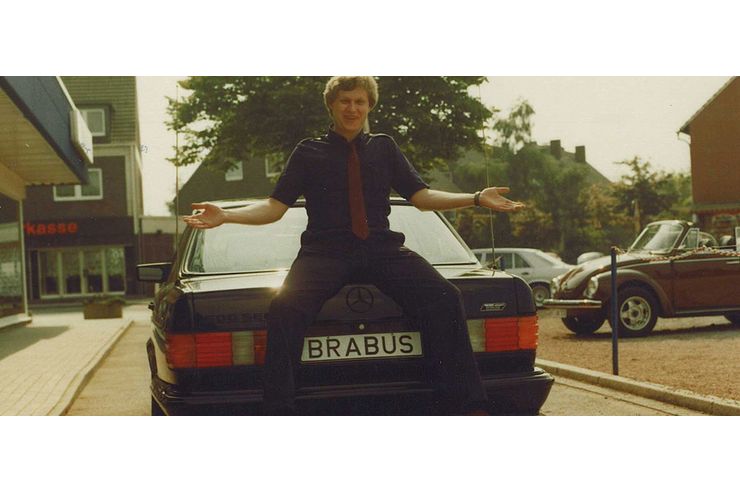 At 350 km / h is over
The transplantation of a high-displacement engine with as many cylinders as possible into a comparatively small body is far from everything that makes up the company’s portfolio. For a few years, the refinement of private jets and yachts was also available. But the centerpiece is car tuning, and the invisible does most of the work. For example, to extend the GLE 63 Coupé’s Brabus 850 6.0 biturbo displacement engine from standard 5,461 cc to 5,912 cc, the cylinder bores enlarged to 99 millimeters and appropriately sized forged pistons installed. Only a specially milled from the solid and finely balanced special crankshaft with 96 instead of normal 90.5 millimeters stroke and also forged, longer connecting rods make the engine capacity expansion complete. In addition, the two cylinder heads of the V8 are aerodynamically optimized. 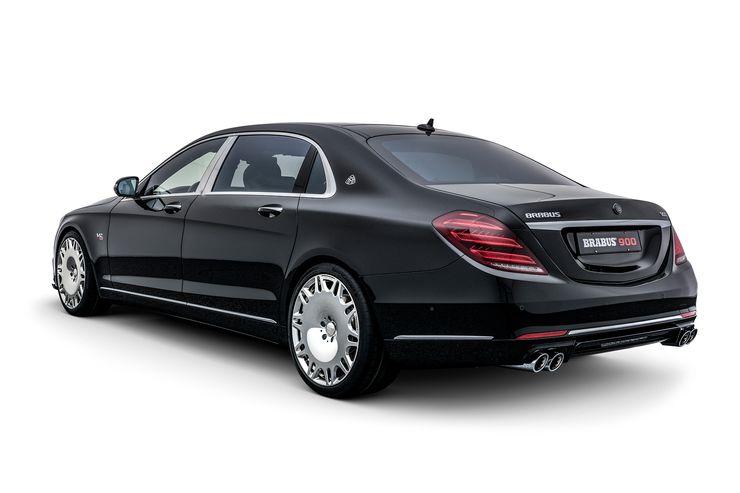 97.2 meters per second
In one of the flagship projects, the Brabus 900 based on a S65, the customer gets a little more bid. The view of the upward-accelerating speedometer needle, which flies to the 200 mark in under ten seconds and yet does not slow down, is indescribable. Combined with the feeling of creeping, when the blood flows from the legs into the middle of the body and a huge tingling spreads throughout the body, it is difficult to trust the eyes. The fact that Tempo 350 is over, lies only on a limiting factor: The tires can not withstand a load of over 350 km / h. 350 km / h – equivalent to 97.2 meters per second. On German motorways, a driver passes two guide posts per second at this speed. While this is 7,563 meters per second slower than the ISS, the fastest man-made object, the International Space Station is much more uncomfortable. At least that’s the impression, if at such a pace the reclining seat on the right rear side is extended.

Monster with six wheels
From the house of Brabus roll not only incredibly sprint strong or particularly fast vehicles out into the world. One of the biggest stir is one with a top speed of just 160 kilometers per hour: the based on the Mercedes G 63 6×6 Brabus 700. The six-wheeled colossus rolls on 37-inch rollers and can crawl over nearly 50 centimeters large boulders without a tick over and simply drive through one meter deep rivers. The 5.88-meter-long quarter-ton is a whopping four inches higher than a women’s volleyball net – and needs thanks to its 700-hp eight-cylinder engine yet only 7.4 seconds to get highway speeds. 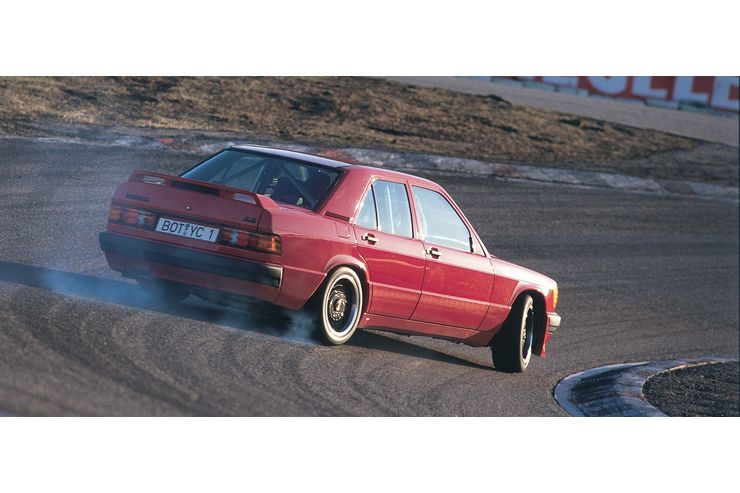 The W201 plays a major role
In the 80s, the fastest Mercedes-Benz was the W201 series. A series that plays a major role in the history of Brabus. As early as 1984, Bodo Buschmann was able to land his first major order that was almost unimaginable for the tuning industry: Car rental company Erich Sixt was persuaded to take over 200 Mercedes 190 E with Brabus tuning in his fleet. These eye-catchers not only helped Sixt stand out from the competition. Many who rented one of the fully booked limousines for a day or two then became loyal Bottroper customers. In addition, the company’s own special models of the W201 made headlines in the mid-eighties with specially developed V8 engines or even lightweight versions. 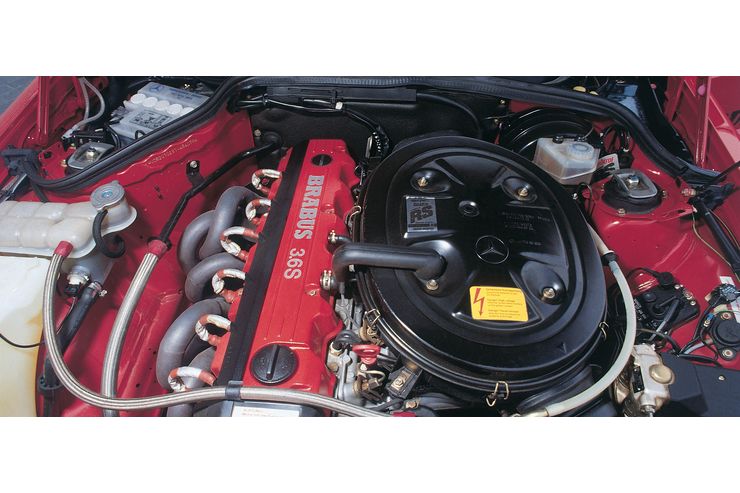 The sun has been rising in the Middle East for a long time
Since the business developed steadily over the years, it was foreseeable that the company headquarters would no longer be sufficient. In 1986, the new building was moved to the Kirchhellener Straße, which was expanded in 1999 to 112,000 square meters of operating area. Just to meet the huge demand from the Middle East and China, this construction work was necessary. When Brabus celebrated its first customer in the United Arab Emirates in 1979, most of the vehicles leave the production hall today to be transported on the next plane or transport ship all over the world. 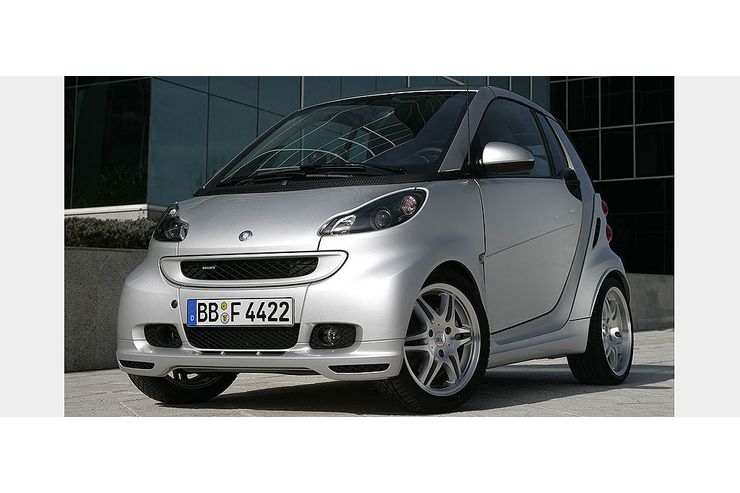 Boss liked to drive E-Smart
Bodo Buschmann would not have been Bodo Buschmann if he did not have an automotive solution for the time after the bubbling oil wells. “Whether the internal combustion engines completely disappear, that will show the future. As these become more efficient and unbeatable in terms of range, this can certainly take several years or decades. One should not lose sight of the combined propulsion systems like the hybrids. And last but not least, we are already supplying the Smart Brabus Electric Drive based on the smart fortwo. It’s perfect for urban mobility. But the development also continues with other models. There will be more hybrid and full-electric versions for the future, “the CEO revealed years ago. When he was not driving around the city in the electric smart, he preferred to sit in a fanciful 800 hp G 800 V12.

The customer is king
The Bottroper automobile surgeons can also get a lot out of old sweethearts. Since 2011 Brabus Classic deals exclusively with high-quality restorations, maintenance and the care of young and vintage cars on Mercedes-Benz or on-site basis. If you do not have an old Benz for a rejuvenation treatment with the pros in the Ruhr area, you will be helped at this point. The company is looking for original vehicles that it pays to restore, rework and then offers them for sale worldwide. In addition to the external cosmetic surgery, the engine is broken down into its individual parts and trimmed to almost new. It’s the same with components like brakes or suspension. Thanks to its own saddlery, even an intensive interior overhaul is nothing out of the ordinary. 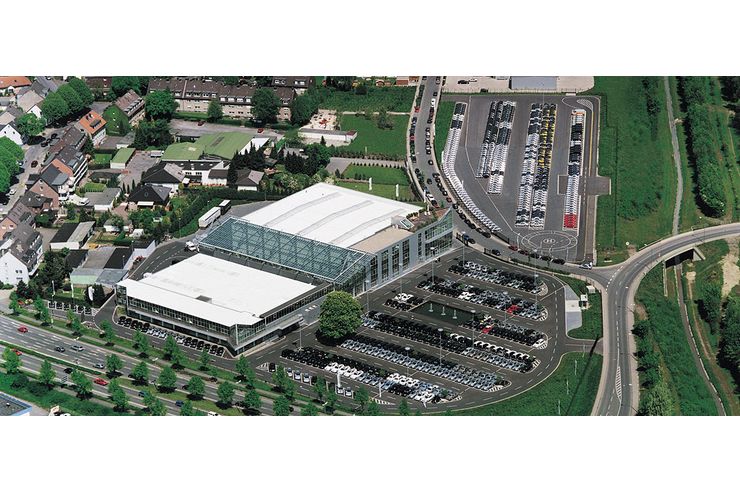 Everything is possible, nothing is neccesary
The saddlery is of course not only responsible for refreshing or re-seating old classics. The main focus here is on the individual processing of customer requests in the context of a new car order. There is actually nothing that can not be realized by the masters over leather and fabrics to the perfect seam in the car. The own family crest should be embroidered on each headrest colored and by hand? One of the easiest tasks. And even the color combinations of interior and exterior accuses the team to Constantin Buschmann only on some days, the unspoken question: “Are you sure?” It is made, as the customer wishes. But he is led and advised, so that everything appears from a single source. The little subtleties make the difference even if the tastes are different. Or, as Bodo Buschmann recently put it: “We’re talking about individualists who have the small change they need to have their personal dream car produced. Our customers like what is special and unique in the best quality from the best materials in the world – and we can offer that. ”